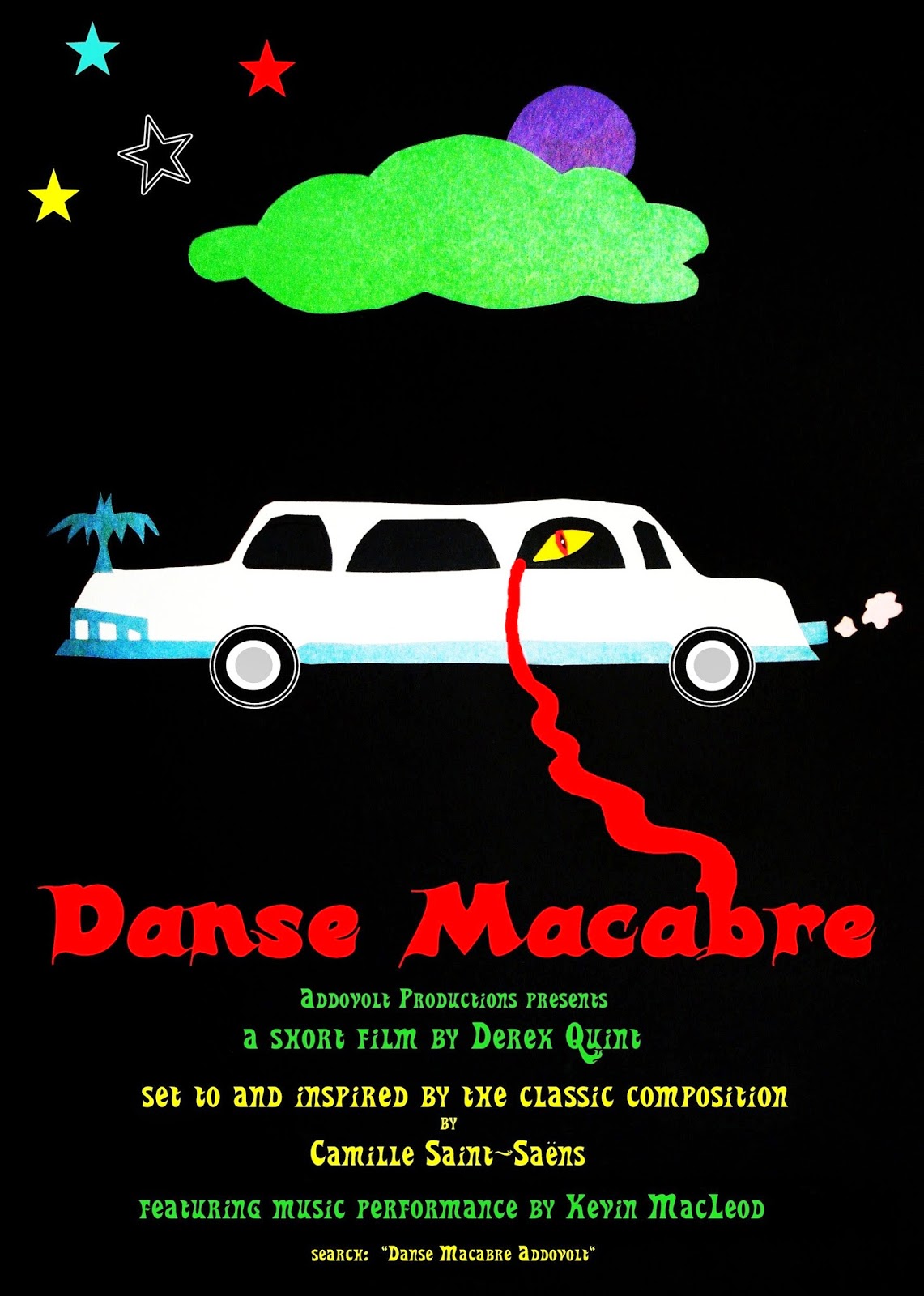 "Screen it at your Halloween bash."
--Dark Matter Zine

"I enjoyed this a lot."
--Fuck Yeah Cult And Indie Films 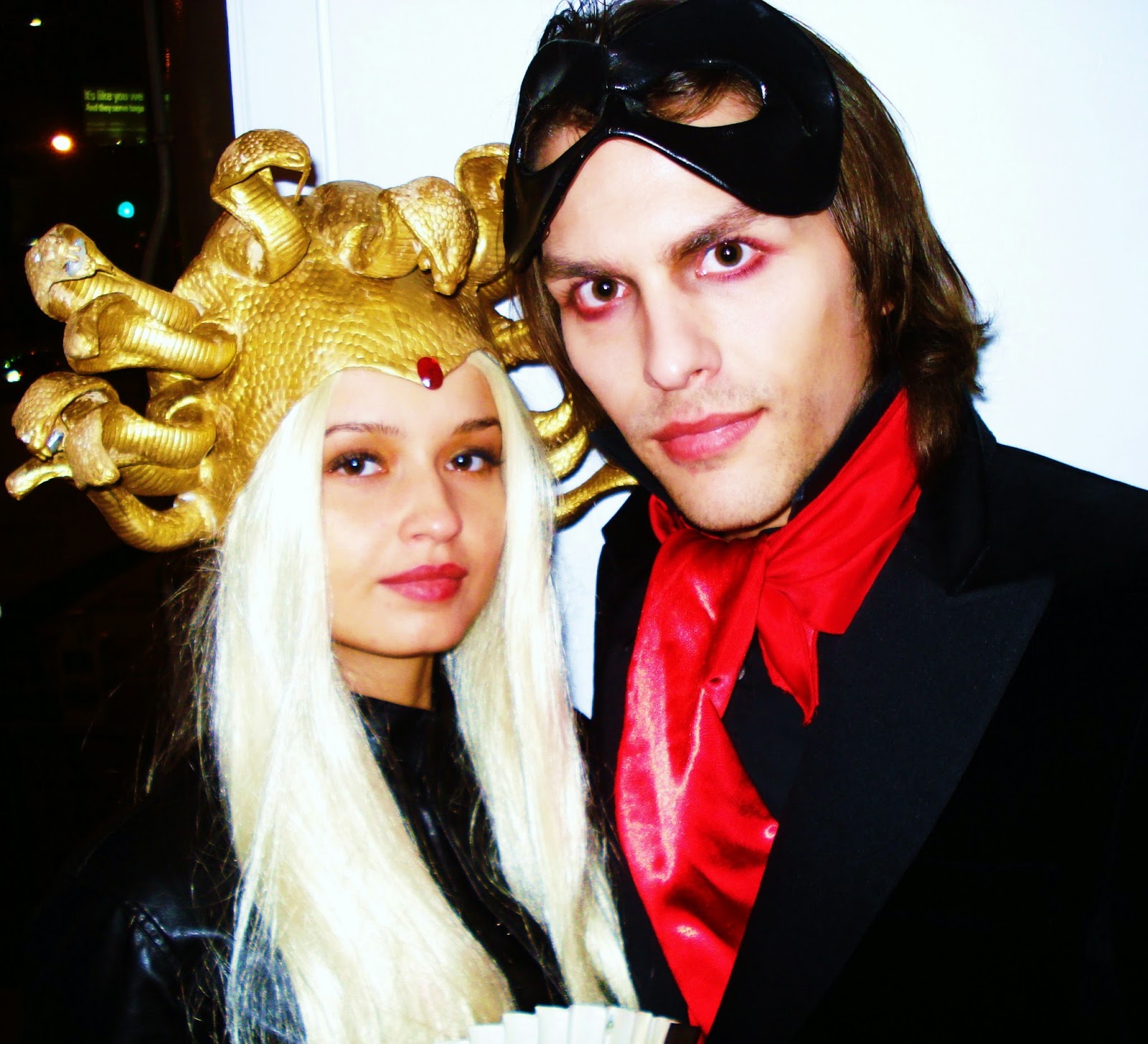 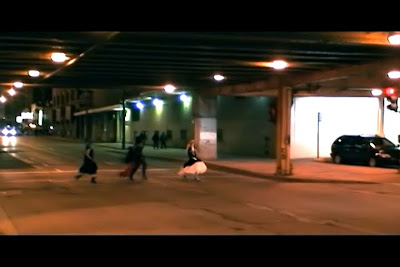 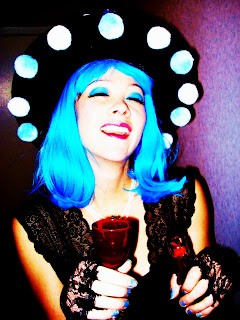 This project was a pretty crazy shooting experience, kind of expensive, stressful, strange, cold-- a lot of a lot. But, OF COURSE, it was worth all the adventure! 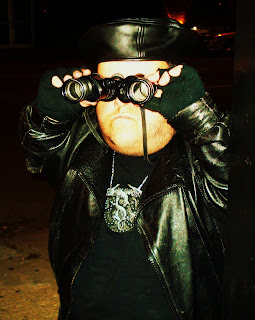 The plot can be summed up, fully, in one sentence: 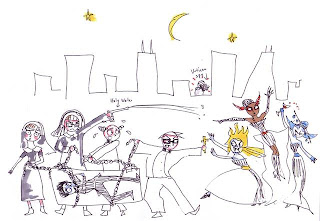 Count Dracula and his 3 brides are on their way to a masquerade ball in an American city on Halloween when they run into some trouble with a vengeful troupe of Vatican agents sent to track them.

And there you have it. 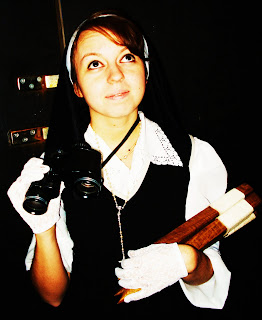 The entire point of this project was so that I could be indulgent (what else is new....) and create my own Halloween Special in the spirit of so many of the ridiculous/amazing/irreverent yearly TV programs that I enjoyed when I was a kid--to do something that felt like it had been around forever, something that you can laugh with and at while also having a true bit of that darkly delicious Halloween magic to it. 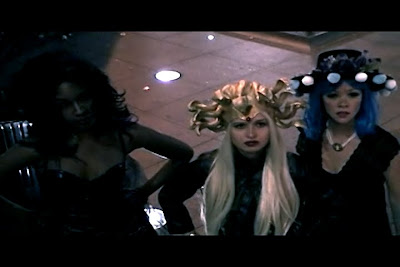 "Danse Macabre" is a short film inspired by a full range of different influences: "Hocus Pocus", "The Worst Witch", "Teen Witch", "Garfield's Halloween Special", "The Rocky Horror Picture Show", and then "Adventures in Babysitting", "The Goonies" (c'mon, it's obvious), and so on. 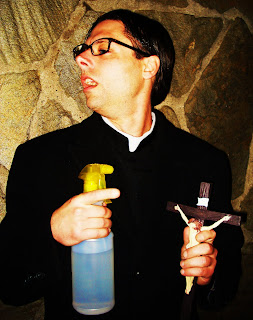 "Mystery Science Theater 3000" was watched a lot before I started shooting as was Fellini's "Juliet of the Spirits" and "Casanova" as well a few 1960's Russian fantasy films (if you're not familiar with the film version of "The Tale of Tsar Saltan" from director Aleksandr Ptushko, for example, that film and its ilk are highly entertaining and very, very artistically inspiring). Emily Gajek's Gold Bride character, especially, was designed as an homage to the types of heroines and disenchanted princesses that traveled through those gaudy, vintage Russian fantasy epics. 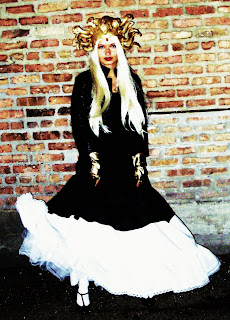 But my film is just some goofey, little, short indie film--nothing as spectacular as its influences. But I still like the way it turned out and it's certainly a lot of fun to watch, the actors are terrific, and it came out the way that it was supposed to. 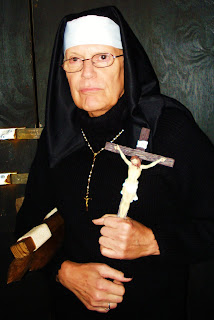 Of course, the classic Camille Saint-Saens composition initially inspired this whole project and I wanted to have my go at it in the sense that the film is a visual suite created to accompany the 7-minute 1872 "Danse Macabre" piece. Other suitable music pieces by Chopin, Beethoven, and Strauss helped flesh out the narrative. When the adventure kicks into gear, so does the centerpiece composition--Saint-Saen's "Danse Macabre". When that piece ends, so does the finale. 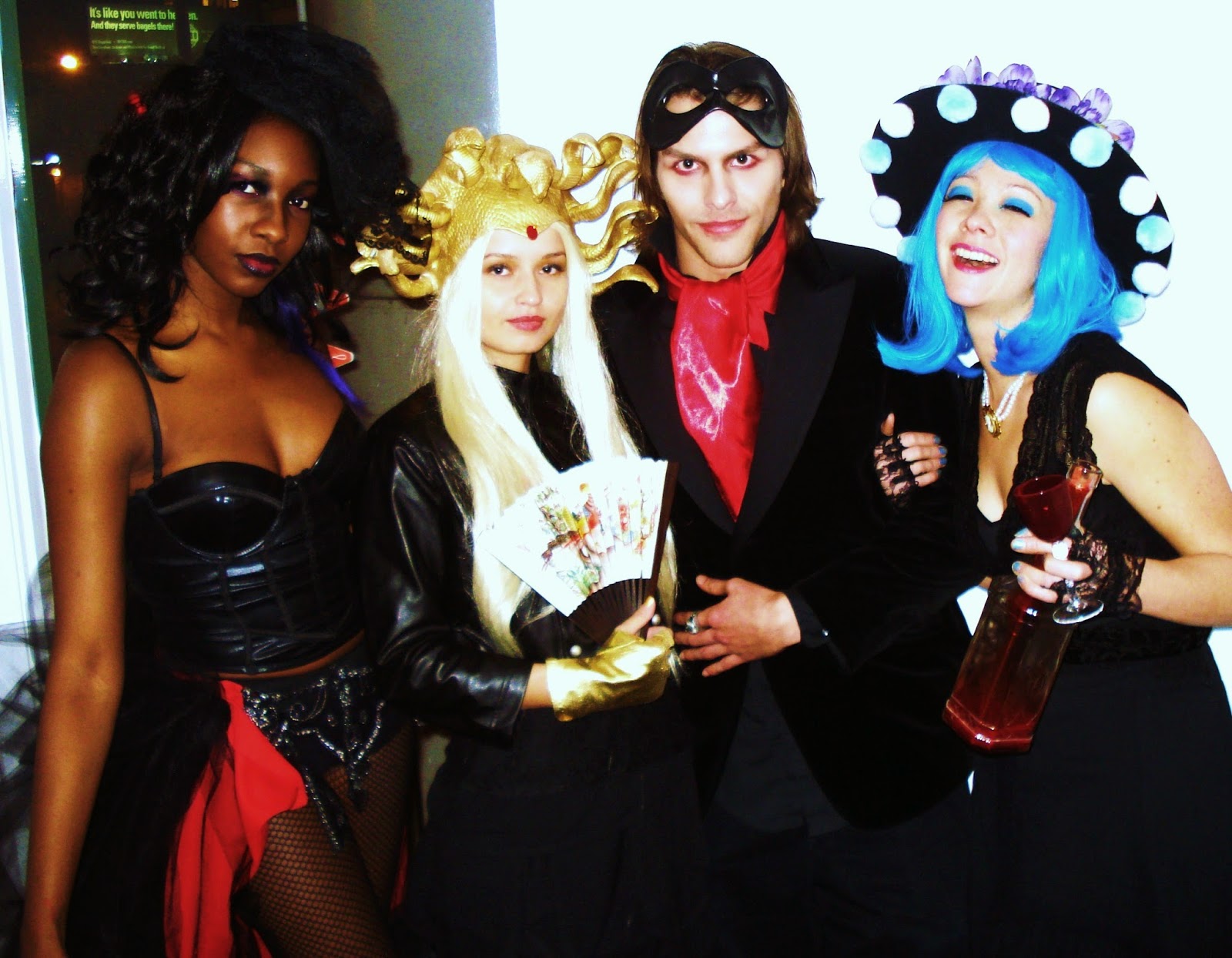 Visually, the film that we watch online has been degraded by multiple transfer generations in order to wear down the footage, fuck it up a bit, give it that "when was this made?" feeling--as in what dark corner of 1987 did they drag this out from? The colors and settings were adjusted repeatedly to give it that unhealthy, acid green tonality. The film succeeds in looking retro, strange, and worn-in and (yes!) seems indistinguishable from the kinds of strange cult shows that inspired it. I wanted this project to feel like you used to watch it all the time Back In The Day and that you found this footage on a VHS tape that's been hiding under your basement couch for a decade or two. 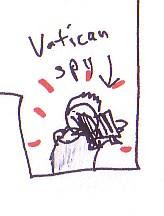 In the "Danse Macabre" short film, the Vatican agents speak in Italian and the Dracula family speaks in Romanian--as they would if they were meeting for a surprise showdown in an American city. Having them speak languages besides English (i.e. speaking their native languages instead) accentuates the other-ness of these foreign visitors and plays with the old film tradition of not-quite-there translations and questionable voice dubbing that many of us enjoy. The Italian clergy members, and their Eastern Bloc enemies, are NOT your nextdoor neighbors. These silly undead aristocrats, as well as their holy adversaries, are appropriately alien to American viewers and their language demands your heightened attention in order to understand their motives and emotions. So lean in closer because they are not like you and I. 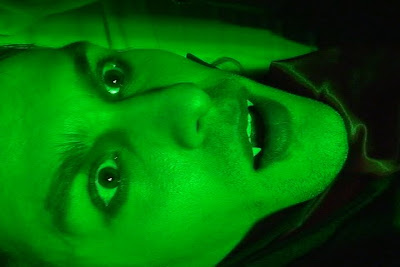 All elements of the production, from the sound to the visuals, were adjusted and worn down in order to heighten the low-budget, funky, tin machine sensibility that I was going for. The cheesier, the better while also having a subtle sincerity regarding what the characters are experiencing. After all, this film is about a kidnapping followed by a slaughter--they're still real characters and it's not their fault that they are, and the situation that they're in is, preposterous. I was happy that I was able to get that queasy mix of complete ridiculousness with bits of genuine feeling--it makes people a bit uncomfortable which I enjoy. "Danse Macabre" is clearly a broad comedy but also has some heart to it. 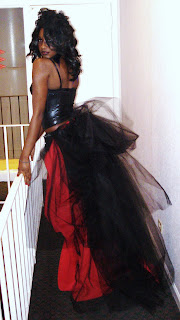 Overall, I hope that you enjoy this corny little adventure and that you watch it every Halloween or whenever you like. And it's quite possible that there's more than meets the eye with this short film.....if you think so, read HERE.

To everyone who worked on this film, THANK YOU a million times over--I know that this wasn't the easiest or most simple project to dive into but you guys totally understood what I was going for for this and you knocked it out of the park. Amber Morrow, especially, thank you for doing double-duty; playing a role (perfectly) AND doing the gorgeous and subtle job on the actors' hair and makeup. When it comes to independent films, especially, the cooperation and talent of the small team that you work with is especially important--I'm very fortunate to have a strong group of frequent collaborators to share projects with. 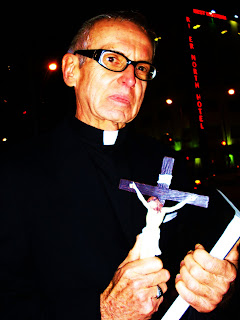 Posted by AddovoltProductions at 5:03 PM