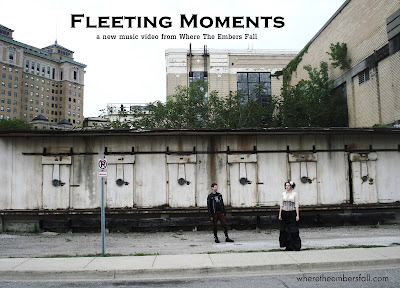 Easy, quick, and thoroughly enjoyable shoot with Jennifer and Kevin of Where The Embers Fall.

Our main visual/tonal ques for this project came from Depeche Mode and Peter Murphy music videos (along with videos by The Smiths, Morrissey, Human League, The Smashing Pumpkins, The Cranberries, and The Cocteau Twins) for a constrasting raw/refined black-and-white series of scenes featuring technical performances and fantasyscapes.  Since our influences for the video were, primarily, projects from the late 1980's and early/mid 1990's, we wanted to create something that we felt was a visual tribute to that era and those genres of dark-toned rock and electronica music-making.

From a visual standpoint, I wanted to include that elegant, unusual, postmodern mixture of industrial and Victorian that is one of the trademarks of this band.  Their look is extremely modern gothic and turn-of-the-20th Century; American and European.  How they're able to make that work for them (and they DO, definitely) is one of the things that I find really interesting about them.  They make it seem strangely effortless and natural; a beautiful collision of the past, present, and future.

But what I love most about them is their music.  I certainly tried to make the visual aspects of this video a good link to the sound and feeling of this particular song.  Violin alongside steely, delicate electronica?  Count me in. 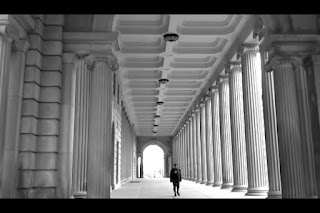 Everything was shot in Battle Creek, Michigan in May, 2012. 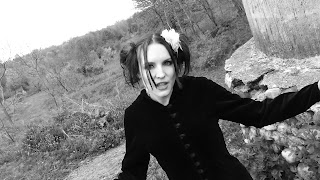 As I expected, Where The Embers Fall was a dream to work with.

Where The Embers Fall website:  http://wheretheembersfall.com/
Posted by AddovoltProductions at 9:51 PM