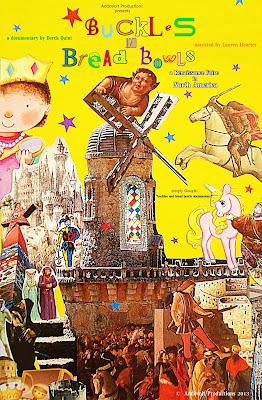 I had no idea what I was doing.  That's probably pretty obvious when you watch it. 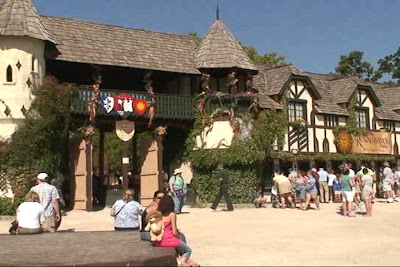 At any rate, it had been a while between when I actually shot the footage for it and when I finished the editing/uploaded it on Youtube.

Because I was just joking around when I brought the camera to the Bristol Renaissance Faire that day way back when.  I had another project to do coming up (it may have been "Danse Macabre" but I'm not sure....) and my camera had been acting weird ever since we had shot "Go Ask Alice In Wonderland".  During "Alice", we were out in some unpleasant conditions (a heavy rain storm, a dusty/buggy/dirty forest, etc. and according to my mom, the vengeful ghost of Lewis Carroll) and the camera was never quite the same after that; it was acting up in strange and random ways no matter how much it was cleaned.  I was stressed out about it and I wanted to make sure that the camera would (probably?) be able to survive another entire shoot.  So I brought it to the Renaissance Faire to see if it still had enough go-power to make it through. 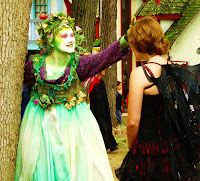 It did.  I noticed that the tapes would, every once in a while, drop a frame or whatever and the mic would get wonky when loud, sudden audio shifts took place (like an old person, basically) but it seemed to be okay enough.  Another cleaning and it would suffice--that was my logic.  I must have been right since the "Danse" footage turned out fine in the long run.

Truthfully, "Buckles and Bread Bowls" was just a camera test and an editing exercise (I was trying to familiarize myself better with my editing software during that time too).  When watching the footage--which turned out to be very fun and interesting--I thought to myself:  "Well, hell, this would make a decent little documentary.  Might as well...."

And here we are.

But why did "Buckles" take so long to sign-seal-deliver?

I was working on other stuff.  There was always some other (more important) project popping up, cutting in line in front of it.  Other documentary projects, other short films, adventures with The Baby Magic.  Poor, neglected "Buckles and Bread Bowls".  Now, finally, it's online and thankfully I can clear all the raw footage from it out of my computer (good).

The amazing, talented people who were generous enough to give me a moment of their time deserve a big, fat THANK YOU for putting up with me and answering whatever (less than brilliant) questions that I threw at them.  They were all extremely cool, willing sports.  So, again, ladies and gentlemen who were in this silly documentary THANK YOU A BUNCH.  And thanks a bunch also to Lauren Hearter (who did a beautiful job narrating it and completely understood the tone that I was going for).

As a documentarian, I'm really fortunate that there are enough imaginative, open-minded individuals around who are somehow able to merge their creative talents together in order to bring things like Renaissance Festivals to life.  These fantastic people--with their costumes, crafts, and performances--are truly inspiring and awe-striking.

More images from this documentary are below. 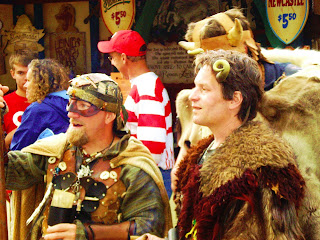 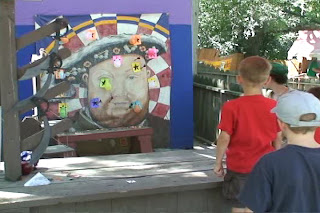 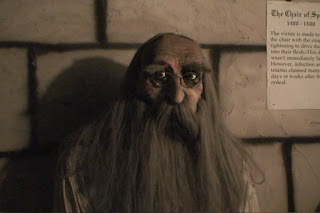 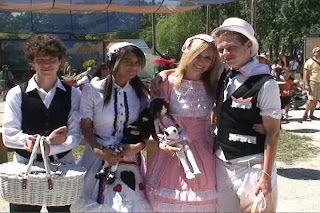 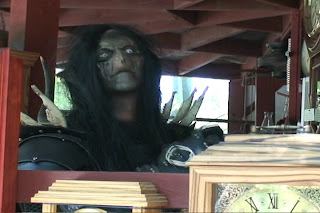 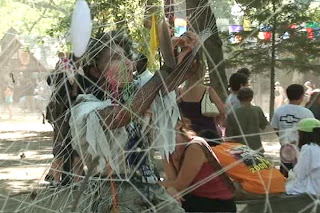 Posted by AddovoltProductions at 10:27 PM