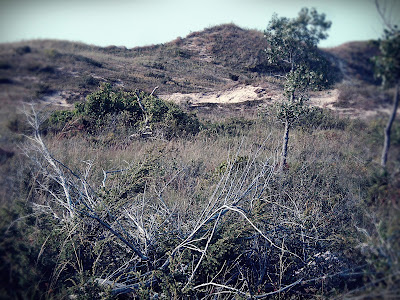 Sometimes there are 4, 6, or 9-month gaps between extensive projects.  This is because of preparation needs, other projects in the works, and $ (of course).

So, no, we don't pump out fancy, expensive or semi-expensive projects every few weeks (neither does any other boutique production company, big or little).  Nor would we want to for that matter.  I can't really imagine what that would be like.

I've noticed that when I go for months and months without shooting or editing material--which is rare but there have been a few years where that has been the case--processes can feel more difficult when jumping into extensive projects.  Like athletes, creative-types and technicians can get "rusty" (which isn't a good thing).

I also have a confession to make:  even though I'm a filmmaker, I'm not the most tech-y person in the world.  I love creating concepts, writing and directing films, working with actors and other artists, and I'm happy when these projects turn out as intended.

The technical shooting and editing parts of the equation are the aspects that I find the most challenging.  Gadgets intimidate me and I don't have that natural knack--or, honestly, either the passion--that other people, especially most filmmakers, have when it comes to being a whiz at the latest and greatest technologies and their various minutiae.  I just want the camera to shoot nicely and get the job done.  I don't want 2,000 different shooting mode choices.  Truly.  Let's just get the job done, not get overwhelmed by rabbit holes of button options and suboptions of questionable outcome/purpose, let's make sure that the actors are able to get home to their kids on time, and call it a day.  That, to me, would be perfect.

So, sometimes I need technical boot camps for myself so that, when I'm on set on a project with an actual (small) budget, and I have to make sure that we're staying within our allotted time and $ frameworks, I'm not getting tripped up by technical surprises ("surprise!  you accidentally pushed the wrong button and now the camera/shooting mode is fucked.  Enjoy!"), framing structures that vary from camera to camera, and precognitive editing plans that are forming either with or without my knowledge (because projects create themselves to some degree).  Plus, editing suites are constantly updating and sometimes I have no idea what's new with them until I'm actually in the thick of cutting a project (which is scary).  Basically, in order to be as up-to-task as possible, it's better to keep my "muscles warmed" regularly so to speak.

It's best to shoot little, silly documentaries here and there (with zero $ involved) so that when more extensive/challenging/"official" projects are happening, I can anticipate possible technical issues more effectively.  I'm guessing that you'll find this understandable.  I'm on my own here and I shoot my own material.  I would love to hire a cameraman for most projects but, because our projects involve mind-numbingly tight shooting schedules (and the acrobatics involved in getting everyone at the same space on the same day/time) and budgets, it's better for me to serve as my own cameraman.  For better or for worse, this works.  $, for us, is best angled at actors and location permits, makeup and costumes, etc.  Rarely are there more than 3 behind-the-scenes production people for us.  That's just how we roll.  Everything is minimal-team DIY.  Typically, it's just me shooting/clock-watching/sticking to the script and the actors doing their craft.  An indie film reality here.  Not glamorous.

Addovolt Explorations serve a few different purposes.  They allow me to keep in touch with my inner journalism nerd (he's in there, that's for sure.....), they give me an excuse to do some research/go to different places/engage with different people, to investigate new topics, to familiarize myself with whatever camera is being used, to get up-to-date on my editing software, and for me to stay technically versed on a constant basis.  Their flavor--in general--is sort of BBC, CNN, Vice, and 60's era "The Wonderful World of Disney" chopped together in a blender and tossed out of a window.

Addovolt Explorations are simply shooting, writing, research, and editing drills (to be blunt).  But sometimes the outcome is a lot of fun and they can be used to promote the works of others.  And some of the subjects will be boring to a lot of people (that's life).  I do them more for myself than for anyone else.

I'm not going to sweat about the view counts or anything like that.  If people watch them, cool.  If certain additions get ignored, then that's how it goes.  Oh well.  Addovolt Explorations cost nothing to make and they're good technical exercises.  Despite the easy-does-it, chilled-out approach to these little docs, I hope that you get something out them like I did.
Posted by AddovoltProductions at 2:03 PM