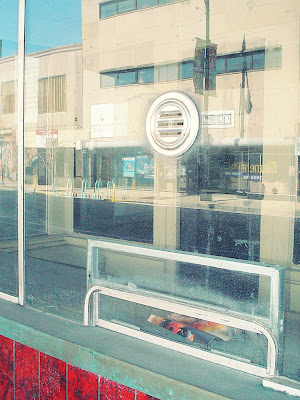 Another short documentary.  This one is about film.

As an art form, sure.  As a cultural touchstone, fine.  But, actually, this quick piece is about movie film as tangible object. 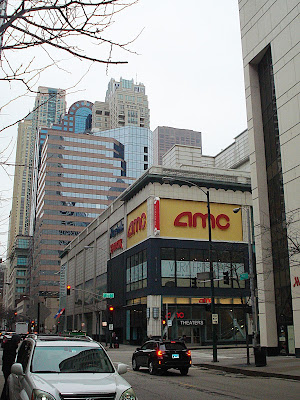 None of the movies that you've seen at the theater recently were sent through the postal service from Hollywood, California.  They were downloaded.

What are films, really?  What are they made of?  How did they become a thing?  That's what I wanted to touch on for this little editing project (most of it is archival footage with a few custom shots to flesh things out). 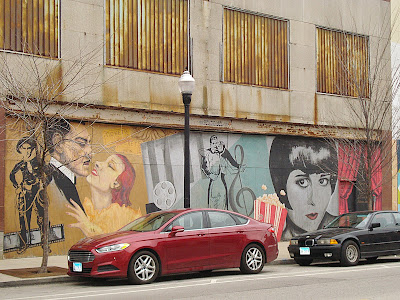 Some people still appreciate the classics.  A mural tribute to old movies stretches across a building in the Portage Park section of Chicago.

I did the narration on this one (which I usually don't like doing because I like to force my friends/collaborators to do it instead) to speed things along.

"Addovolt Explorations:  you're projecting" is right HERE on YouTube.

Other Addovolt Explorations can be found HERE. 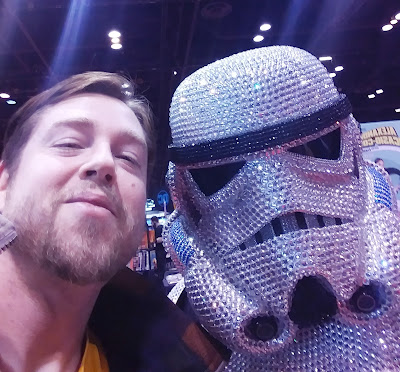 No matter what the format, popular movies still hold a grip on the public imagination.  Here I am at the 2020 C2E2 convention with an extremely fabulous, wonderfully reinterpreted "Star Wars" stormtrooper.
Posted by AddovoltProductions at 8:40 PM