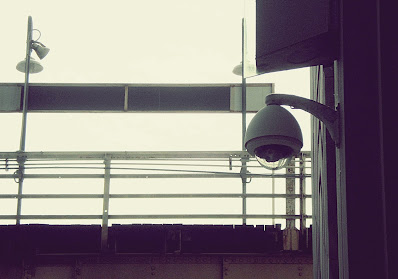 Here's looking at you, kid

It's almost as though posting this video up on Halloween in the midst of an incredibly nasty election cycle was intentional (it was) but, if that's the conspiracy theory, then it would be the least of our worries. 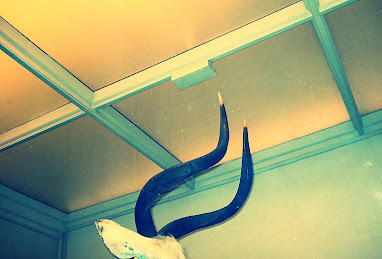 The nice thing about being independent is having the ability to do silly projects like this short documentary, which is ridiculous but kind of serious but tongue-in-cheek but sincere yet...obviously satirical while actually making a few solid points....

Maybe it's completely appropriate for Halloween because it's over-the-top absurd....and, also, a bit creepy.  But it's a fast video carnival ride so it's a trick and a treat for tonight or whenever else.  Yeah, sometimes, on certain projects, I structure some films to feel like goofy, rickety dark rides at an amusement park.  Not joking.  To me, it makes sense. 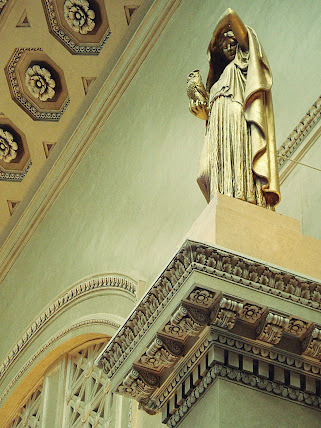 pre-Jazz Age architecture is full of symbology and Chicago's Union Station has its own interesting details...this Greek-influenced muse statue holds an owl which can represent wisdom (most likely the intended meaning in this case) as well as evil, ferocity, and death itself

Lots of archival footage used in this as well as some custom snippets.  "Theoretical" was a group effort and truly a good time. 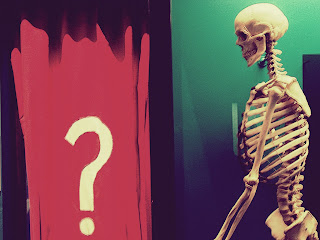 Is October 2020 an overall good time though?  I can't say that it is.  Regardless, here we are.  We may as tell try to poke some fun at ourselves while we're chewing our nails off.

Posted by AddovoltProductions at 6:43 AM