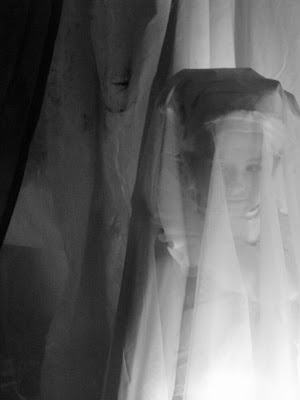 After, literally, years of not wanting to touch this project because of tech issues and editing issues and all kinds of other bullcrap, my experimental short film adaptation of Oscar Wilde's play "Salome" is finished and up on Youtube (and I'll enter it into fests throughout 2010, obviously).

I like how it came out. If I could go back and change a lot of things, I would but it's too late now....Gotta let it go.

I read the play, fell in love with it, thought that I saw something in it that nobody's seen yet, was haunted by the story, and decided that I should do my own take on it.

It was shot to be an experimental film and edited as such. It's what it was supposed to be. This is a really strange little film but understand that it's about belief, perception (and falseness), dreams, and hidden thoughts/feelings/motives. And the aesthetic reflects this which is why parts of the film are made of paper (the stuff of written words, both true and false) and even most of the characters look like they're made of paper--brittle, bendable, fragile.

This Salome is not the fire-breathing temptress that she's usually portrayed as because, when I read the play, I did not see her that way at all. And one of the objectives of this project was to stay as close to the spirit of the Wilde play as possible. To me, Salome is a character who is trapped, desperate, and between a rock and a hard place emotionally. Her tragic flaw was not that she demanded the head of Jokanaan; it was that she fell in love with the wrong person. She has no where else to turn to and, the one person that she desires, believing him to be a lifeforce (a genuine source of thought, compassion, naturalism) leads her into a fall of faith in love. Salome's actions, after she is rejected by the prophet, stem from heartbreak more than lust.

"Salome" is a story of despair, regret, and lost possibilities.

Although Aubrey Beardsley is most commonly associated with Oscar Wilde's "Salome", my main influence for this project was another artist: the 16th Century Dutch painter, Hieronymus Bosch whose aesthetic, I thought, matched perfectly to the sinister, moonlit Wilde interpretation of this biblical legend. 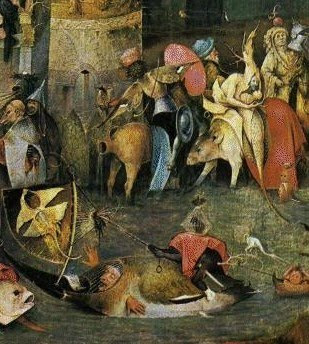 In the painting below, entitled "Temptation", there is the figure of a woman in the middle. Her skin is the same color as her clothing (white on white on white on white), possibly Lot's wife (?) after she became a pillar of salt--the ultimate "Curiosity Killed The Cat" warning fable. Any way, this figure in the painting is aggressively menacing due to her inverted, bleached-out parody of purity. This figure was the core of the aesthetic for this project. 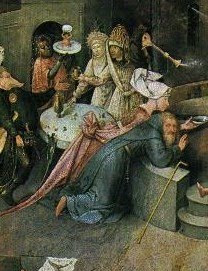 Who is the only character in the film who looks like he has life in him? Who is the character that is the story's center of attraction? Exactly. Vampirism is also a metaphor in this project. What is it that Salome is drawn to.......?
Other influences on this project:
"Nosferatu" (1922) 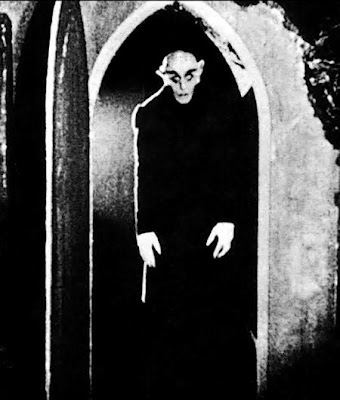 "The Passion of Joan of Arc" (1928) (almost nonexistant, minimalist sets) 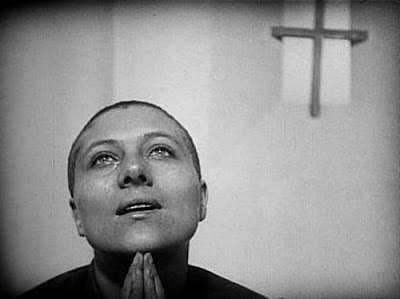 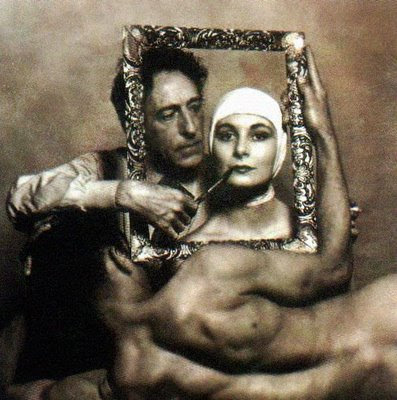 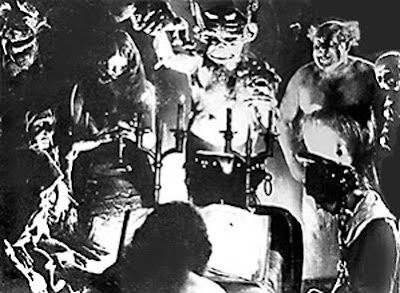 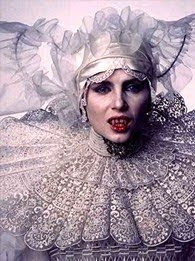 It certainly is Oscar Wilde's "Salome" but there are other meanings, images, and subtexts that I've included in the short film, that tie into the story as well. Enjoy.

Posted by AddovoltProductions at 7:13 PM