All information and photography below can be used freely by journalists, bloggers, periodicals, websites, etc. for the purpose of promotion, mention, or critique of the Addovolt Productions short film "Second Star" by director Derek Quint.


Chicago indie film house Addovolt Productions has released their new project online for free viewing. "Second Star", a 10-minute short film, is a dark tale that takes place on New Year's Eve. Inspired by J. M. Barrie's "Peter Pan", the film tells the story of a troubled young woman who is unable to differentiate between reality, memory, and fantasy.  The film is now online to watch on Youtube.


Writer-director Derek Quint says, "The film is somewhat based on people I knew and it's kind of a warning fable; not so much about drugs in particular, though it does touch upon that, but more about how hard it is to keep control of one's self, how difficult it can be to let things go, and how quickly time passes. More than anything, it's a story about time, selfishness, possessiveness, and cruelty. The script seemed to write itself and, clearly, there are story aspects of 'Peter Pan' that are incorporated throughout 'Second Star'. I've always thought that 'Peter Pan' had some deeply sinister, subversive elements to it. This project gave me a chance to play with a classic story while also creating a unique film that has depth and emotional resonance to it." 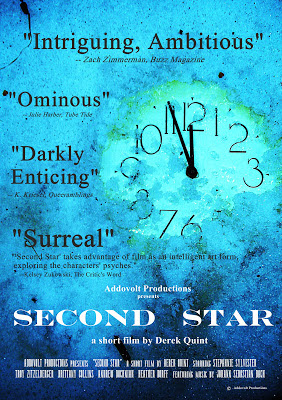 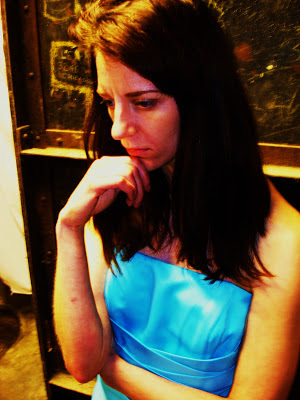 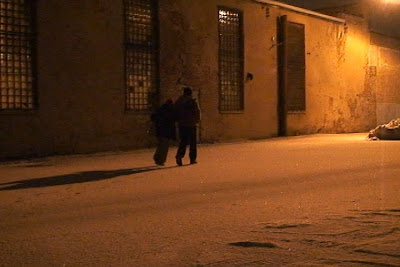 Stephanie Sylvester as The Girl and Troy Zitzelberger as The Boy.  photo by Derek Quint 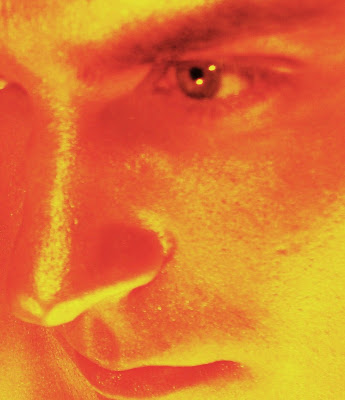 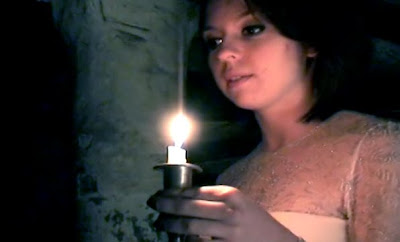 Brittany Collins as Bell.  photo by Derek Quint
Posted by AddovoltProductions at 9:41 PM