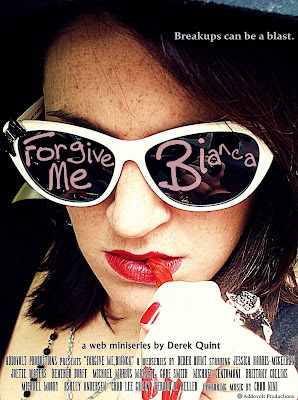 A sinister gift certificate creates (more) chaos in the life of a Chicago fashion designer in crisis.

a web miniseries by Derek Quint


This project premiered online in November 2011. 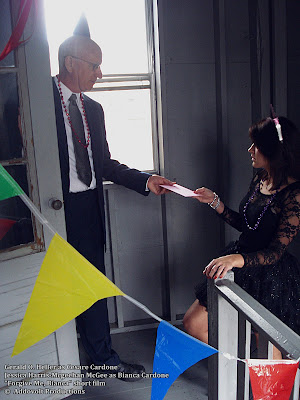 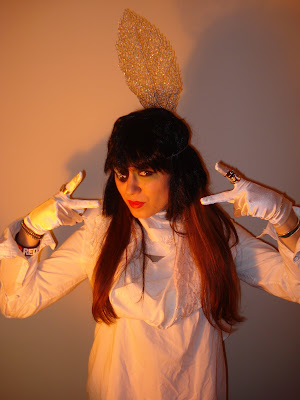 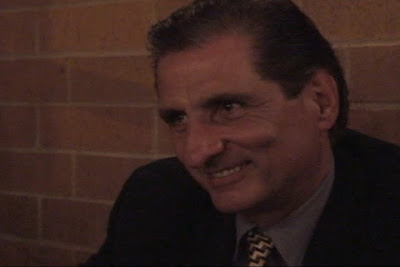 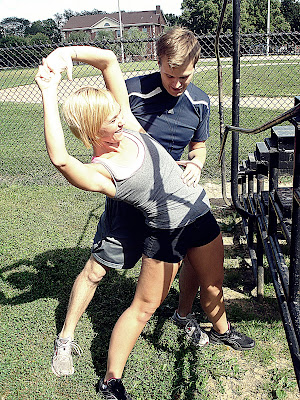 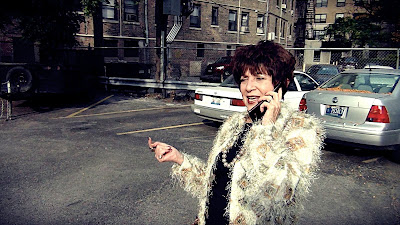 "Colliders in Retrograde"
composed and performed by Chad Nini

"Mulabeatz"
composed and performed by Elijah Vance
MusicLab (Come On)

This web miniseries (well, the short film that I re-edited to be a web miniseries) was originally created as a short film--one of the segments in an omnibus film project called "Four In Chicago" which was a group of Windy City indie directors working within a themic framework (the story MUST take place in Chicago, the story MUST include some kind of romantic intrigue). Four short films, around 20 minutes each, becoming an 80-minute feature film. 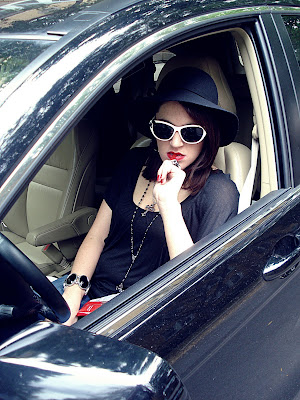 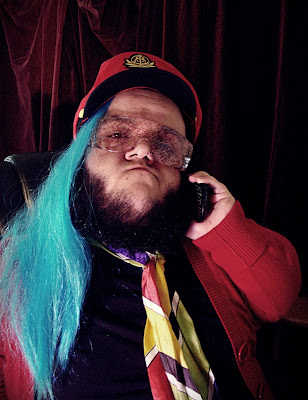 But, of course, each segment should be able to stand up on its own as a short film. And then you snap all the pieces of the puzzle together to create a fuller picture.

So everyone did their thing and now our projects are on their own to do with them as we choose.

Originally, "Forgive Me, Bianca" was edited down to a 20-minute version but now I've put up the full story which is closer to 40 minutes.

This project was shot "Quick and Dirty", meaning we all just went for it, dove in, minimum fuss. It was an "experiment" (for better or for worse....) in some respects. Nothing makes me more irritated than overly-precious delicate daffodil imagery (I like my visuals to be at least a little bit rough around the edges) so the wreckless approach worked in the visual respect but, definitely, there were sound issues because we shot in some challenging enviornments. 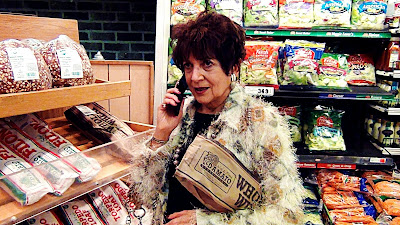 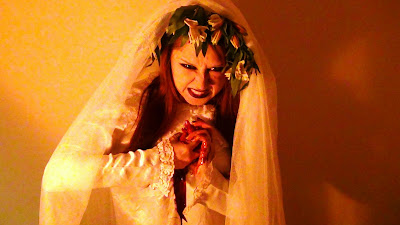 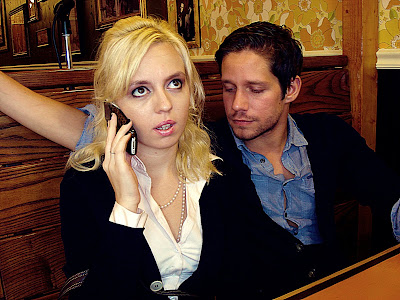 Do you understand why most productions shoot within sound studios? Now you know.

Audio is extremely difficult and humblingly unpredictable. Sometimes the shotgun microphone was perfect. Other times it's like it said "Fuck you, Derek!" for it's own mysterious reasons. Ugh. And, during the production, my old/reliable/sentimental camera decided to retire out on location (nice!) so I had to get a new camera. What a wonderful experience.

Sometimes these production edges worked by giving the story a noisy realism that helps balance out the over-the-topness of it all but there are moments where I'm concerned that some vital details are clouded by the audio murk. Noisy, chaotic enviornments can be fun to shoot in but they're best left for primarily visual/action scenes or scenes intentionally calling for chaotic audio. Any substantial discussions or longer conversations are best left for more mellow/controllable enviornments.

It's just a small, silly, experimental project so it's not the end of the world but.....for future reference, I have to be more cautious and choosey when it comes to dialogue-heavy scenes and where they're shot.

It was fun being an adventurer filmmaker, all guerilla, but sometimes taking the Whatever Happens Happens approach can whack you in the face (or, in this case, in the audio). So, really, the wildman stuff is best left in small doses. For big, serious projects? Don't even think about it.

For visual stuff, go for it. For conversational scenes, take a safer path.

I wanted to do SOMETHING Italian mafia related for my Chicago love story segment. Naturally, right? It plays up the city's history and allows for danger, drama, and (yes) some comedic potential. 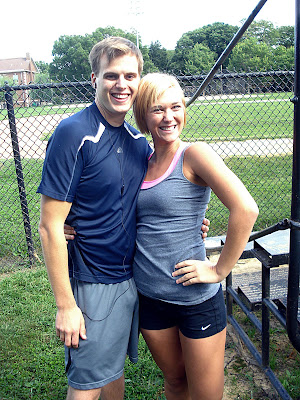 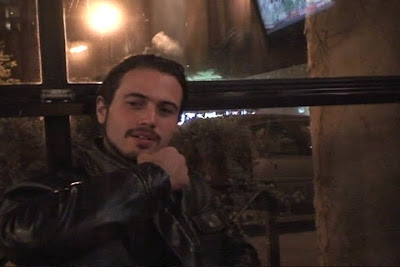 So nothing too serious.

Even though "Forgive Me, Bianca" takes place in 2011(ish), I wanted some 80's/early 90's cheese cinema flavor to it. Irreverent, casual, silly, and with people overreacting to situations. Suburban and urban. Grungy but slyly glam.

In my head during the writing and filming of "Forgive Me, Bianca":

Cartoony and over-the-top was the order of the day.

All the actors were a total dream to work with. Everyone went WAY above and beyond what they needed to contribute, energy and bravery-wise. This was a weird project (tonally) but all the actors completely "got" what I was looking for. Once again, I was LUCKY to have such a generous, deeply talented cast to work with. What more can a painfully indie indie filmmaker ask for? Tons of $ tossed at a project means nothing if the casting isn't right. And, whatever I can bellyache about audio issues, I have to say that the casting for "Bianca" was flawless because everyone involved wrapped themselves in their characters and didn't look back. 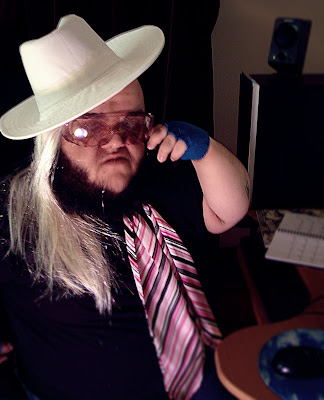 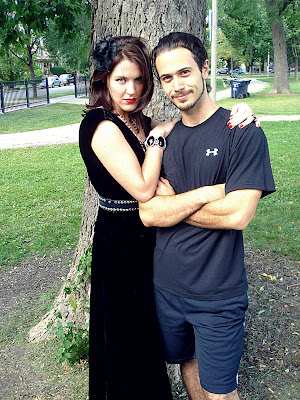 "Forgive Me, Bianca" is punk filmmaking and I had a fantastic time doing it. I like it--it's a lot of fun. After watching it with a few small groups here and there, I know that (once again) the pot brownies crowd will be able to sink their teeth into it. Because, apparently, I make films for a few extremely stoned 17-year-old art geeks. That's my demographic according to the emails and whatnot. And I wouldn't change a thing!

"Forgive Me, Bianca" is appropriate for woozy 3am viewing.

But be sure to keep with the theme--chow down on some cheap garlic bread and spaghetti along with your magic brownies. 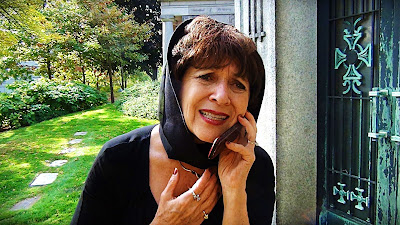 As Grandma Lulu would say: "Is that too much to ask?"
Posted by AddovoltProductions at 12:54 AM