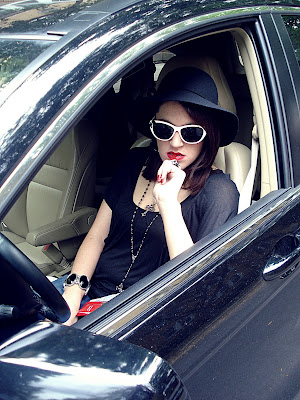 No one watches "Bianca".  And, yes, this is a sensitive subject (but that doesn't mean that we can't make fun of it).

The other projects, as far as bare bones/not-overannouncing-them-to-friends-and-relatives-via-Facebook/not-being-annoying/not-becoming-a-pest-about-them, etc. are doing fine.

People don't watch my projects as much as they watch the videos of Justin Bieber and Keyboard Cat.  I don't get millions of hits.  I'm just a simple, straight-up indie filmmaker with no corporate backing and my projects just aren't of a viral nature (maybe I'm okay with that....).  I usually don't even advertise them.  That has to change with projects coming up.  My era of not-advertising is coming to a close--I have some important projects coming up and taking the slacker approach to announcing them is not in the cards.

People don't watch my projects and email their friends about them with an LOLZ in the subject line.  That's not the kind of stuff that I do.  Plus, I'm not a scenester and I'm not a chatty kathy when it comes to my personal life nor my life within the indie film community (from a survival standpoint, I do realize that I have to "put myself out there" more for a number of different reasons).  I have a small bit of a base (for which I am extremely grateful) and they tend to have certain personality types that are kind of similar to my own.  Which makes sense.

"Salome" gets watched, "Danse Macabre" gets watched, the newer music videos are doing fine for being true indies.  Things are on the upswing and people seem to be enthusiastic and curious about forthcoming projects which is a great thing.

But then there's "Bianca".  The big project from last year.  It was long, exhausting, and cost 3 times as much as I thought it would.  It was supposed to be a short but then it almost ended up being a kind of abbreviated feature length.  It was a tiring and humbling experience.

Is it because it's 5 parts?  Is it because it's not bite-sized and you're sort of forced to invest in 5 segments in order to fully understand the story?  And you don't want to time-invest in a 5-part indie project if you have no idea what you're getting yourself into?  Yes?

I think that that may have something to do with it.  But, truthfully, I have no idea what went wrong in that arena.  Obviously I didn't advertise "Bianca" at all or, just through sheer mathematics, I would have higher viewings for it.  Maybe what bothers me is that I think that, perhaps, people just aren't into "Bianca".  I hate to say it but that hurts my feelings (all sympathy cards and muffin baskets can be sent to Warner Avenue in Chicago).

"Bianca" is actually pretty cute, strange, and funny.  It's indie as hell and a bit rough around the edges in some parts (the restaurant scene) but it's a good little story and it's enjoyable.  The performances are strong.

If you read all about the Making Of and why the project was done in the first place, you'll know that "Bianca" was produced to be a segment within the "Four In Chicago" collaborative film project.  I wasn't strong-armed into it; I gladly volunteered to be a part of it.  Were there moments when I wondered why in the hell I had done this to myself?  Well, duh.  But I went full blast into this collaboration and the rest is deeply obscure, indie film history.  I don't typically do romantic comedy material.  I thought that it would be a challenge.  I was right about that.

Do I regret it?

Yes, I did go into debt for a while over this project (I don't enjoy doing that--I prefer to stay exactly on budget) but I learned a crapload of "What Not To Do" when it comes to technical aspects.  Sometimes "What Not To Do"'s are just as valuable as "How To"'s.

"Bianca" has a lot of "What Not To Do"'s.  But there are, however, some strong points:  the actors, some of the aesthetics are strong, the costumes are cool, the writing works, the tone works, the music works, I did some good directing throughout most of it (trying to nail that cheesy 80's-style vibe that inspired this project, i.e. "Heathers", "Girls Just Want To Have Fun", etc.) so it wasn't a total trainwreck.  But could it have been better with some more time and care (and advertising!  and technical finessing!) put into it?  Undoubtedly.  "Bianca" has its reckless moments.  Despite the negatives, I still like "Bianca".  I hope that you like "Bianca" too.  At least give her a try.  Pretty please?

I've talked a little bit (not a lot, obviously) about "Bianca" with my friends, family, and a few other film people.  They've said "Well, why don't you spend some time advertsing it?  That way more people will watch it, you'll get more hits, more people will enjoy it, it will be closer to the worth of the time/energy/money you spent on it, etc., etc.  Enter it into film festivals, especially festivals centered on comedy.".  You get the jist.  I don't do film festivals when it comes to very small/ short film/low-low-budget projects like "Forgive Me, Bianca" because I don't have time for that.  For bigger projects coming up, sure I'll (begrudgingly) do the film festival thing, but I'm not going to be going down that route every time a new little project pops up.  The entry fee's are annoying, the paperwork is obnoxious, and I don't know that I'll actually be able to show up to the theater on that day (I work full-time--more than full-time, actually--and I have grad school; my schedule is as ruthless as a medieval demon).

I don't have the time to dedicate to "Bianca".  It's now an old project.

Do not overload on projects.  Films (and people) suffer when you are trying to tackle too many films.

My world is Go Go Go Go Go! all the fucking time.  Even though I'm straightedge (no alcohol, no drugs), I have always been able to relate to cokeheads because we're sort of on the same wavelength (see upcoming film:  "Secretly Crazy").

The rest of 2012 and all of 2013 will continue on the same batshit Go Go Go Go Go! rocket trail, filled with numerous film projects, that was carved out back in 2010.  So, really, I'm being a hypocrite.

But after the "Secretly Crazy" feature film is done being promoted, I look forward to slowing things down a bit and putting more love, care, time, and prioritizing into upcoming projects.  One or two projects a year is fine.  5 or 6 is just fucking stupid.

"Forgive Me, Bianca" comes from the 5 or 6 projects a year plan.

But it's too late now because it's time to move on to other projects.
Posted by AddovoltProductions at 12:04 PM