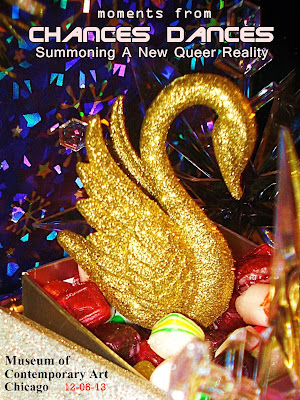 I had the pleasure of doing some videography for a Chances Dances event recently--to document some of the fun.

Extended footage of performances by Mister Junior and Darling Shear can be seen HERE and HERE, respectively.

It was a very nice, very inspired group of people creating beautiful and meaningful performances, images, and memories in a dance party setting at the Museum of Contemporary Art Chicago.  I showed up with my camera, pushed the record button, and did my best to capture the magic. 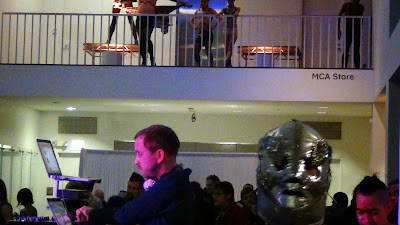 The "moments from Chances Dances:  Summoning A New Queer Reality (MCA, 12-06-13)" footage is done in a classic documentary style but given a surreal, flowing twist in which beats, voices, and melodies from within the party dominate the audio while visual sequences politely tumble over each other, creating a loose narrative.  My editing ques were inspired by the documentaries "Paris Is Burning" (1990) and "La Danse: The Paris Opera Ballet" (2009) and, also, the casual, gritty, early films by Andy Warhol such as "The Chelsea Girls" (1966) and "Empire" (1964).

The MCA presented a night of dancing, performance, and radical potential, cocurated by Chances Dances, a queer dance party and collective dedicated to building safer spaces for the varied LGBTIQ communities in Chicago through collectively shared moments of pleasure, inquiry, and resistance. 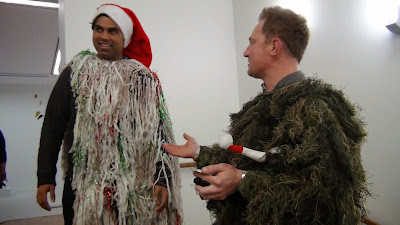 All Chances parties recognize the power of consent, welcome all gender expressions, and feature gender-neutral bathrooms.

Experiences for that evening included:

Claire Arctander, Cake Ritual with Robert Smithson
an edible sculpture based on a work by Smithson, who inspired many artists in The Way of the Shovel exhibition.  At the end of the night, Arctander served pieces of cake.

Myles Cooper, Tuscany
In this video work, Cooper explores the faux-architectural forms of a Tuscan-style casino in Reno, Nevada, in relation to the artist's generated sculptures made of hotel towels, buffet leftovers, and various hotel freebies.

Nicole Garneau, Deer Remedies #1
A video document in which the artist explores the boundaries of the grotesque and the beautiful by communing with the earth and animals through song and ritual performance.

Rami George, Untitled (an attempted utopia is never a failed utopia)
George explored the theme of a new queer reality through a series of discreet takaway ephemera.

Erica Gressman, Nested Core
In this durational performance, a body removed layers of skin while enveloped in a soft, protective light.

Darrell Jones, Excerpts from Hoo-Hah
Jones presented a dance performance that explores the racial and gender politics through an homage to ball culture.  The femme warriors conducted a fierce dance-off in collaboration with Chances Dances' Justin Mitchell.

Kiam Marcelo Junio, Jerry Blossom Brigade
Junio organized a military-style march throughout the museum in a collaborative performance that functioned as a ritual circle marking a safe space for queer expression.  The march culminated in a runway walk on the second floor where each participant's performance revealed a personal queer aesthetic.

Meg Leary
Leary is a classically trained opera singer who combined vocal inflection with electronic effects to create a musical performance that shifted among different emotional and psychological states such as beauty, failure, virtuosity, and discomfort. 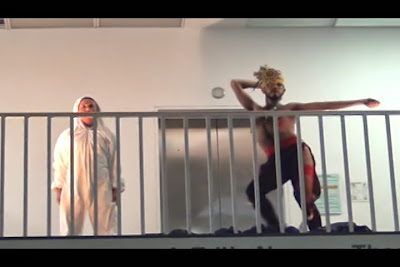 Mister Junior, Allusion Illusion:  The Mythology of Mister J
Mister Junior is one of Chicago's premier burlesque performers.  In Mister Junior's Epic, the artist prepared for and then performed a burlesque ballet in three acts that represented Mister Junior's birth, death, and divine rebirth as an incarnation of la Virgen de Guadalupe, a patron saint of the utopian world of queerdom.

Dan Paz, KODAK 2013
Paz's video, KODAK 2013, responded to Kodak's famous, recently rediscovered 1922 film tests, which only featured white actresses.  In Paz's version, subjects of various genders and skin tones performed their identities for the camera.  The artist projected KODAK 2013 on a loop in tandem with a live-streamed video of audience members enacting their own performances. 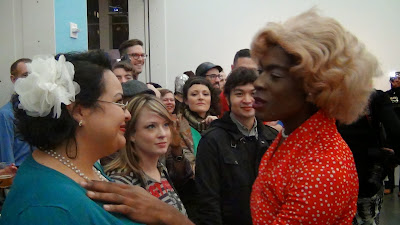 Darling Shear, Baby You Know Me Out/Clap Yo' Hands/Just one of Those Things performances

Sponsors for the evening included:

The exhibitions on display at the MCA during the shooting of "moments from Chances Dances:  Summoning A New Queer Reality (MCA, 12-06-13)" included: