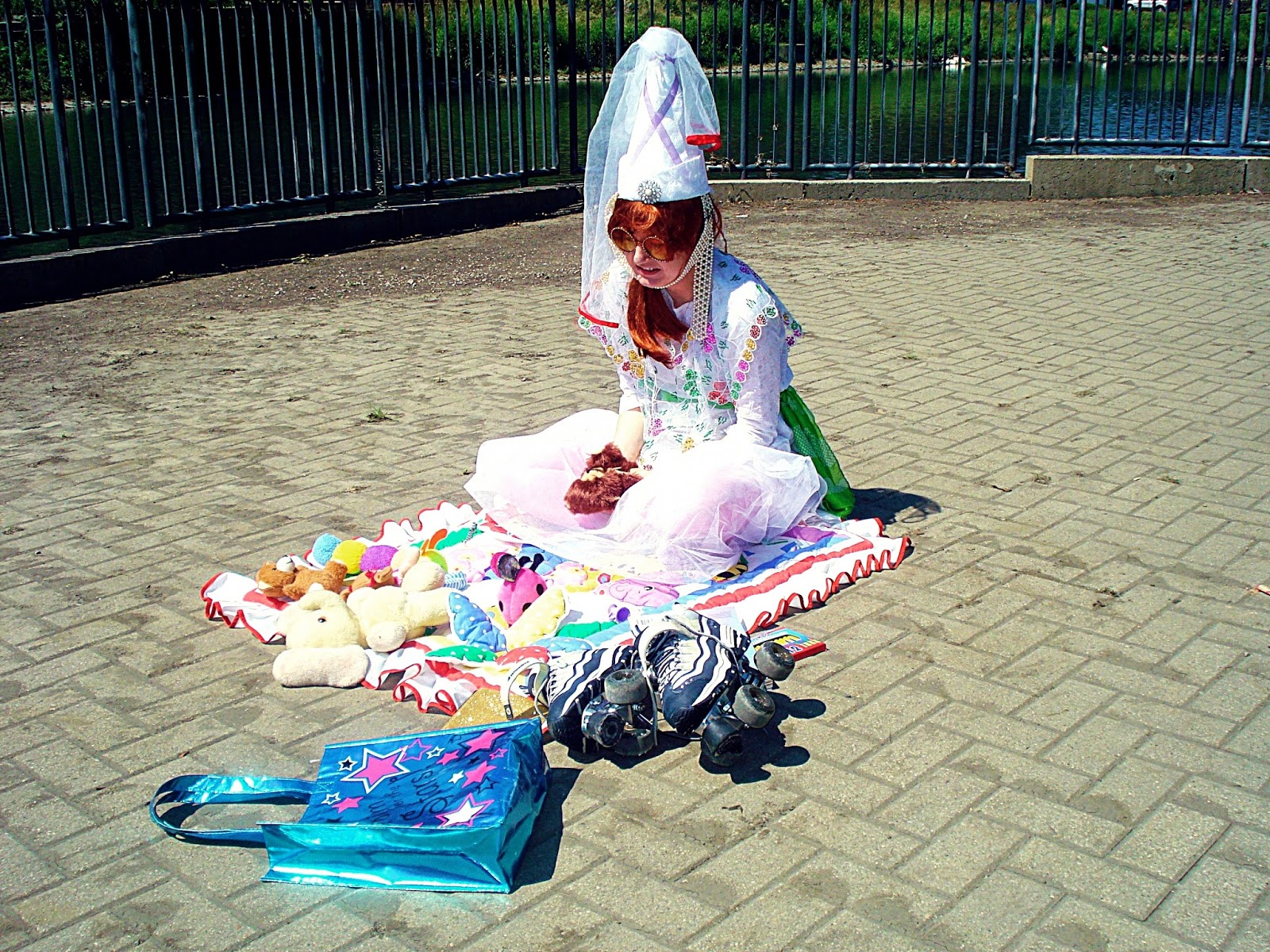 Here's the first still from our new short film, "Nature's Ways".  It's about a princess in a disco-medieval country whose father won't let her grow up so she is forced to take matters into her own hands.

Lauren Hearter plays Princess Tiberia (also known as "Little Tibby" throughout the kingdom).  In this still, we see that Princess Tibby is not enjoying another lonely Sunday afternoon with her "friends".  She needs to get out of the palace in my opinion.  The sooner, the better.

"Nature's Ways" is a really strange comedy film that plays out like a twisted fairy tale, which it is.  It's a project within our Vault Projections series which is a collection of films that I'm doing that are all based on myths and literature (basically "Masterpiece Theatre" for weirdos, stoners, and art geeks).  As bizarre as the story in "Nature's Ways" is, it is in fact based on an old Armenian folk tale.  We started shooting it on the 4th of July 2014.  We're shooting it in chunks, bits, and pieces over the coming months.  It's going to be a while but we've already shot a (surprising) number of scenes and I'm loving it so far.  The cast and crew are wonderful and we're having a great time.  I'm very, very happy with the footage that we've shot (we're aiming for intelligent, colorful, guilty pleasure, cult film trash).  I'll post more stills soon and the script/narration is coming up.
Posted by AddovoltProductions at 11:52 PM