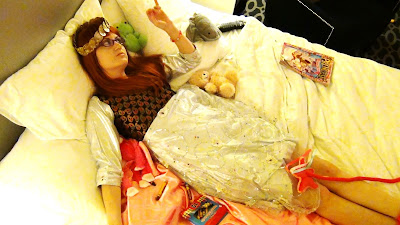 I don't want to talk too much about our upcoming film "Midnight Recipe" which is a postmodern "Disco-Medieval" short film based on an old European fairy tale.  But I'll share a few things about it and where we're at right now:

*Everyone has gone above and beyond with their performances (Lauren Hearter, Michael Marius Massett, and Michael Moody are hilarious and brilliant and I'm a very lucky director).

*Everyone involved has been extremely patient with me (yikes!).  We've been shooting this film in fits and starts for well over a year and I'm not proud of that fact.  It's gotten significantly more pricey as it's gone along--even though it's a bare-bones indie--because it's taken on a Winchester Mystery House aspect in the sense that I keeping gutting certain parts of it, reshooting other stuff, and adding more and more nonsense and set pieces to it.  Because I keep getting more "ideas" for it and it's one of those projects that, I'll admit, has gone a bit off the rails.....but not to the point of doom.

*That being said, it should (as long as nothing implodes/explodes) be online by Valentine's Day 2016.

*I watched "The Wiz", "Fellini Satyricon", "The Warriors", "Willy Wonka and the Chocolate Factory", "The Texas Chainsaw Massacre", "H.R. Pufnstuf", Hanna-Barbera cartoons, "Welcome To The Dollhouse",  Molly Ringwald-era John Hughes movies, "Xanadu", and vintage Disney documentaries before and while we were shooting this project.  Those are the influences.  How they all mix together....?.....well.....we'll see, won't we?

*The music will be great.

*It was nice doing a film where I didn't really have to worry about diagetic sound while shooting it.

*People have been extremely kind and accommodating to us while we've been shooting it (sometimes in places that we probably shouldn't have been but.....oh well).

*It's a coming-of-age film about an extremely frustrated princess, paranoia, addiction, goblins, and enchanted baked goods.

The images in this posting are stills of what we've shot so far (but we have some more to do yet). 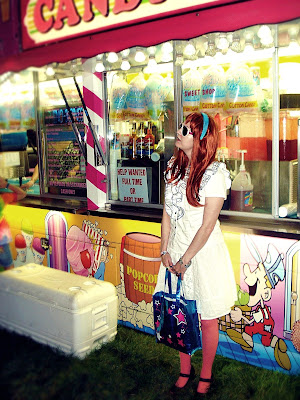 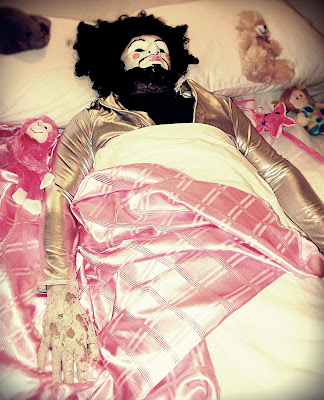 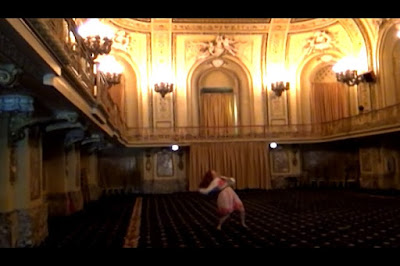 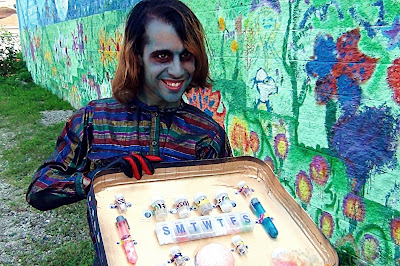 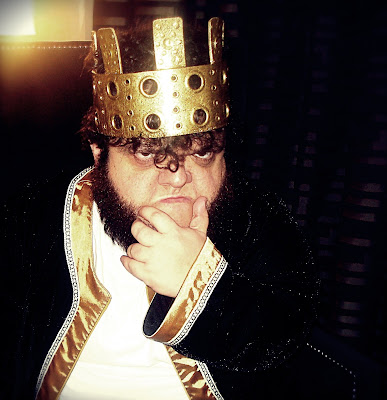 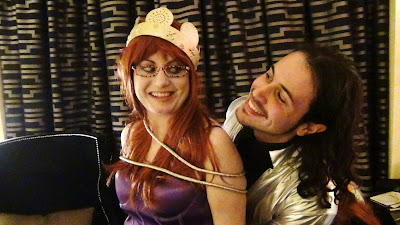 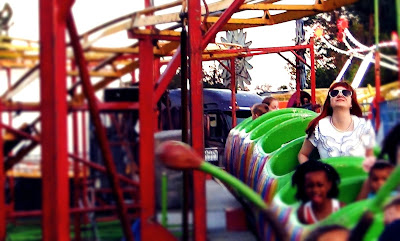 So far, so good.
Posted by AddovoltProductions at 9:53 PM