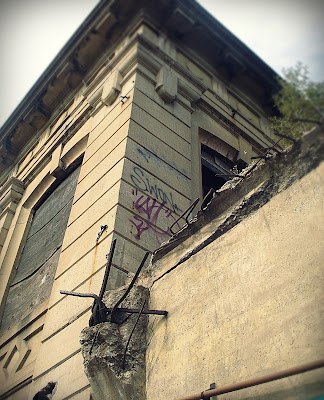 I was rethinking my vow to put out a new Addovolt Exploration quick doc every single month.

But, instead, we'll do them regularly between more extensive projects (i.e. the lengthier documentaries, music video commissions, films, etc.).  Because I don't want to rush through them and be automatically popping them out all the time like some kind of deranged Pokémon monster.

But the Addovolt Explorations will be a usual thing, definitely.

Sometimes there will be one once a month.  And then, at other times, it will be one every 2 months or 3 months depending on how the other projects are coming along.

Because there are always other projects that are slurping up time, $, and production or pre-production (that can mean scripting, casting, settling permits, costume/prop construction, design stuff, etc., etc.).  Right now, for example, we're in the middle of shooting Pale Horseman's new music video which is a vast, bonkers, gothic fantasy-horror epic (we're into that sort of thing) and that needs full attention.......regardless, there will still be a fun, chilling Exploration coming up in a couple of weeks--an interesting piece of subject matter presented itself and sometimes I can't resist--so BONUS! for October 2017, that's nice.  But I can't do that all the fucking time.

Addovolt Explorations are just supplemental material bits between "fancy" projects.  That's all that they're meant to be....and so that I'm regularly engaged with editing material so that, when my editing software updates itself, it's not an alarming experience.  Just being honest!

So, instead, I'll modify that vow to say that I'll be doing updates on whatever's cookin' in the oven at least once a month.
Posted by AddovoltProductions at 9:55 PM