them, me, and IMDB 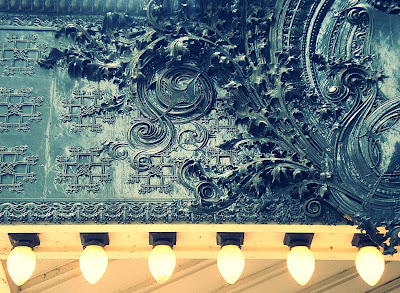 It's been a busy decade.

Lots of short films and short documentaries and music videos for punk, metal, and goth bands.

And I wouldn't change a thing!

It's been such a whirlwind 10 years, as a matter of fact, that I just upload the content to YouTube, jot it down on this blog, promote some of those projects (while leaving other projects alone as they are and then moving on to the next thing), and that's that!

But it's time for me to be slightly more 2019, soon to be 2020, traditional.  Especially since I'll be having a feature-length horror/comedy film coming out next year.  I think that I need to keep the indie ethos--which is good--but also be a bit more "corporate".  Or, really, what my iteration/interpretation of "corporate" might be.  Which isn't heavy-handed by any stretch of the imagination.  Can you imagine a corporate-flavored Addovolt Productions?  Yeesh.....

Unlike a lot of filmmakers, I don't put all the stuff that I do on IMDB.  But maybe I should?

Those little Addovolt Explorations mini-documentaries that I do are just research/writing/shooting/editing drills usually.  Seriously.  That's pretty much all that they are so that I don't feel rusty when I'm doing more important projects.  Sure, "A Murky Path Down Archer Avenue" was a full production but that one was an exception.  It was, in truth, a gore and makeup test for this upcoming long horror film.

The last thing that I put on IMDB was the short film "Salome" from 10 years ago because I was just like, "Fuck it, who cares?  Who am I trying to impress?  I'm indie so why should I give a shit?".

Well.....I should probably start giving a shit about those types of things......

Not all the little Addovolt Explorations short docs should be on IMBD but should I have put "Danse Macabre" on there a decade ago?  Yeah, maybe.  The Pale Horseman music videos?  Yep, I should have.  The "Someplace" short film?  For sure, I should have done that.  That would've been the right thing to do for my company, the actors who worked on it, and the musicians who were part of that film.  Being indie is good but.....maybe there's such a thing as being a little too indie?  If you know what I mean?

I've managed to skip Twitter and Instagram all of these years which used to be an unthinkable thing to do if you were in the arts.  However.....  It seems like, over the last couple of years, it's become slightly more acceptable for some creative entities to mellow out when it comes to social media, especially the more "darksided" entities (the goths, the metal people, etc., etc.) because we're not expected to be as hypersocial, or communication-thirsty, as more pop-oriented entities.  We don't have to be cutesy on Instagram or Twitter as our more shiny happy creative sisters and brothers and that's okay.  Thank goodness!  Even though Addovolt Productions is a film company, we're definitely aligned with that more darksided temperament so not diving hard into social media feels honest.  Yes, I have a Facebook page but it's mainly a personal family and friends type of thing for me.  Anyone interested in what I do, film-wise, is totally encouraged to link up with me on Facebook.  That's fine.  Addovolt Productions is my thing, and it eats up a massive part of my life (oh, yes it does....) so having my projects just be part of my personal life profile feels correct.  It's a casual approach but I think that that's fine.  A lot of people don't do Facebook anymore so I'm not worried about it.  There are too many company-related Facebook pages and I've noticed, especially over the last 3 years or so, that the engagement between companies and individuals on Facebook has definitely cooled down so I feel okay with not creating a separate Facebook page dedicated to Addovolt Productions.  I think it's unnecessary.

There's definitely a "burning out" feeling, over the last 12 months especially, when it comes to social media.  Even some of the big players in social media (the magazine covers actresses, some of the rap stars, etc.), you can tell, are starting to post less on Instagram and the other outlets.  I think that everybody's getting a little bit tired and reprioritizing.  It's becoming noticeable.

I also think that, as the years go on, and more filmmakers completely accept and embrace their indie-ness--similar to how some bands are 100% indie, other bands are 100% big label-driven, and that's how it is--that it'll more and more okay to take a more natural, less thirsty, approach to digital presentation and engagement.  But that's just a theory!  I could be right, I could be wrong.  We'll see how that plays out as the years go on.

The systems that I use to get things done are better.  The production process, for me after all these years of experience, is slightly (not perfectly, but slightly) smoother.  It's somewhat easier for me to get press now.

Let's just say that the best is yet to come.  I would love to give you hints but, sorry, I can't do that right now.  But there are plans.....  Darkly evil, delicious plans!  haha

Basically, Addovolt Productions will continue to lean towards the odd and independent but, at the same time, I realize that I need to start driving down some of the same streets that others are driving down.  I need to start being able to do both and just make that a mandatory part of the process.  I think that that would be for the best.
Posted by AddovoltProductions at 8:33 PM