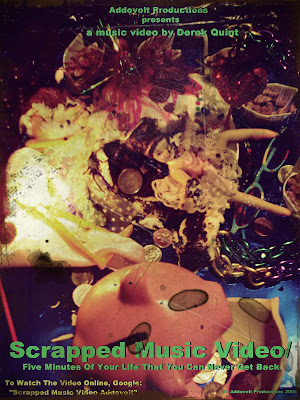 A creative collaboration that just wasn't meant to be. Oh well. Since this project doesn't officially exist there will not be any credits listed in order to avoid confusion; all that you need to know is that it was made by me, Derek Quint, along with another independent director, Dana Von Dana. 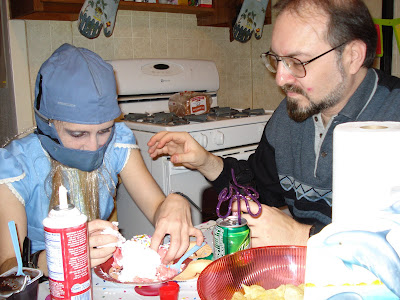 This project originally was created to be a music video for a particular musician but he was creeped out by it and the video was tossed in the circular file. I think that the video is a lot of fun, though, and the actors did a great job. After the video got rejected I was just going to erase all the footage and call it a day but then, because we did spend some $ on it and there was time and effort put into it, I've rehashed the music editing so that people can at least watch the video and come to their own conclusions. 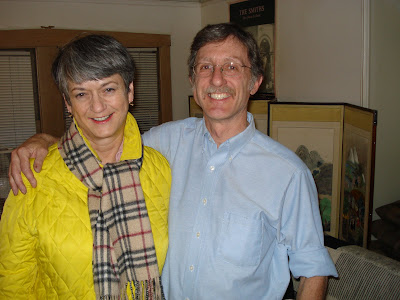 The project now known as "Scrapped Music Video/5 Minutes of Your Life That You Can Never Get Back" ended up having a kind of early-90's/Rob-Zombie-goes-to-"Degrassi High" feel to it and is a sort of goofy spoof of "The Exorcist" and "Xuxa".

A lot of people really hated this video but there were a good amount that really enjoyed it too. It all made more sense when it had its original song (obviously) but you can still get a sense for the narrative:

How do you have a nice family birthday party when your child is possessed by demons?

So, basically, the storyline is a very typical family drama/character study.  Clearly. 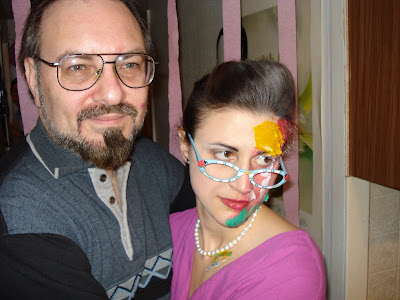 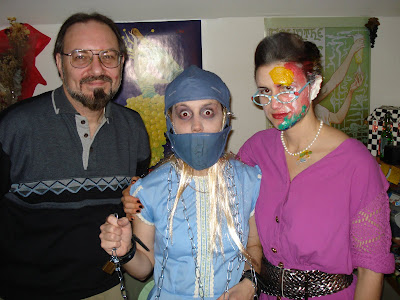 Watch "Scrapped Music Video/5 Minutes of Your Life That You Can Never Get Back" HERE. Rate it. Leave a comment.
Posted by AddovoltProductions at 12:18 PM