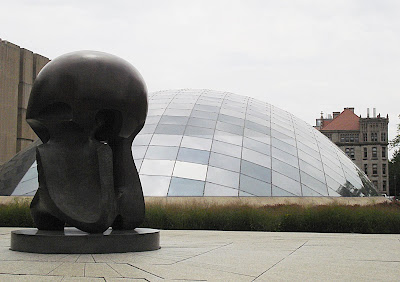 As mentioned before, these Addovolt Explorations quick docs are just like our own version of casual, no-fuss, little podcasts.  Well, for this one, "Nuclear U", Belinda and I recorded it in probably the loudest environment that I've ever recorded at: the airport.  We won't be doing that again, that's for sure!  We were pressed for time and everywhere we went was over-the-top loud as can be so, yes, the audio on this video is not good, my apologies.  Sometimes you get experimental just to try things out to see how it goes and, sometimes, it blows up right in your face.  Oh well.  Despite that, it's still a fun piece with interesting information and features some beautifully-designed, retro footage from vintage television projects.

Just because my naively optimistic voice-recording episodes weren't a homerun this month, doesn't mean that other ChiTown experiments long ago haven't been more successful (luckily).  The city was the chosen location for some very different kinds of potentially explosive experiments--important ones--in the distant past (1942, specifically) which is the main subject of this newest addition to the Explorations. 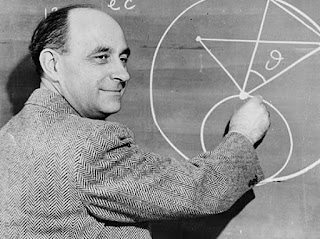 physicist Enrico Fermi led a team of scientist towards discovering ways to harness the power potentialities of nuclear fission.

What I learned from the reading-up that I did for this quick doc is that atomic research is complicated (surprise, surprise) and that nuclear fission can be like driving on the freeway:  watch your speed or bad stuff can happen!

Other videos from the Addovolt Explorations can be viewed right HERE 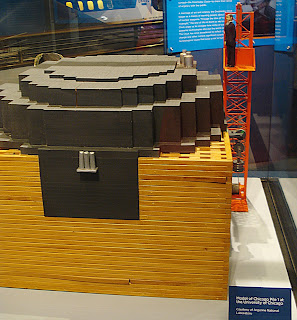 a small scale model of Pile 1, an underground development room that used to be beneath the University of Chicago (this model is on display at the Museum of Science and Industry)

It's incredible the kinds of risks that were done in the past for the sake of technical research (some people knew that they were at risk.....and a lot of people had no idea whatsoever!) and, it goes without saying, that other sorts of experiments are constantly taking place unbeknownst to us.  But, hopefully, whatever THEY're working on won't blow us up to smithereens. 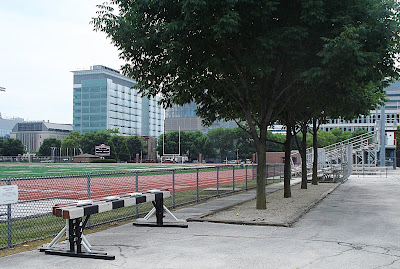 Pile 1 was located directly under what is now Stagg Field

It's always a good time to learn a few nuggets regarding history, science, and the history of science along with a couple of chuckles to help put everything in perspective.  But that's because we're looking at things from the privilege perch of 2018.  With all due respect to Dr. Fermi and his team for fulfilling their assignment, let's hope that nuclear explosions will stay a thing of the past. 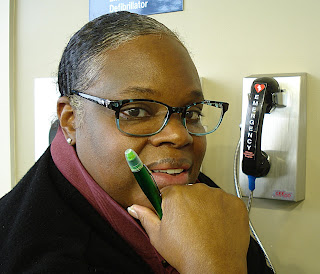 Special Thanks to Belinda Stamps for doing the narration and, also, for staying close to this emergency phone just in case you got sick of listening to me 💚
Posted by AddovoltProductions at 11:30 PM